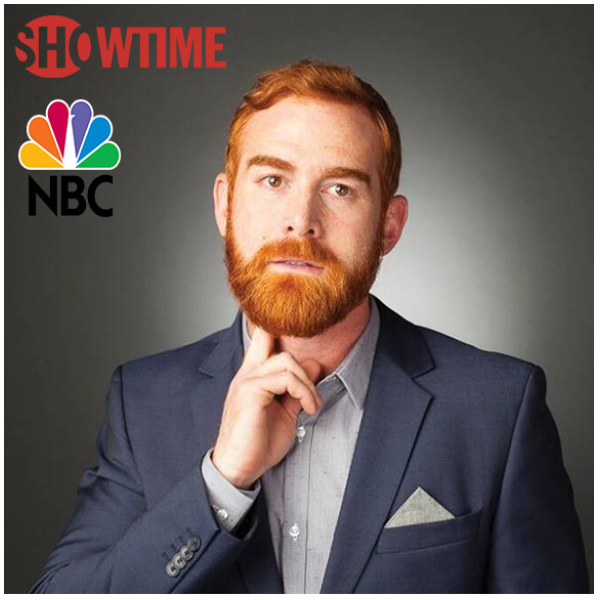 Andrew Santino is an American stand-up comedian and actor known for television series and films such as Sin City Saints, The Disaster Artist, Mixology, and I'm Dying Up Here. In 2017, he released 'Home Field Advantage' a Showtime special. He also played a recurring character in the NBC drama This Is Us, a producer of the fictional sitcom The Manny. Santino produces and hosts a podcast, Whiskey Ginger, where he interviews friends in the entertainment industry as they reflect on their past while sipping whiskey.